Spice of life: a closer look at the benefits of all-powerful turmeric 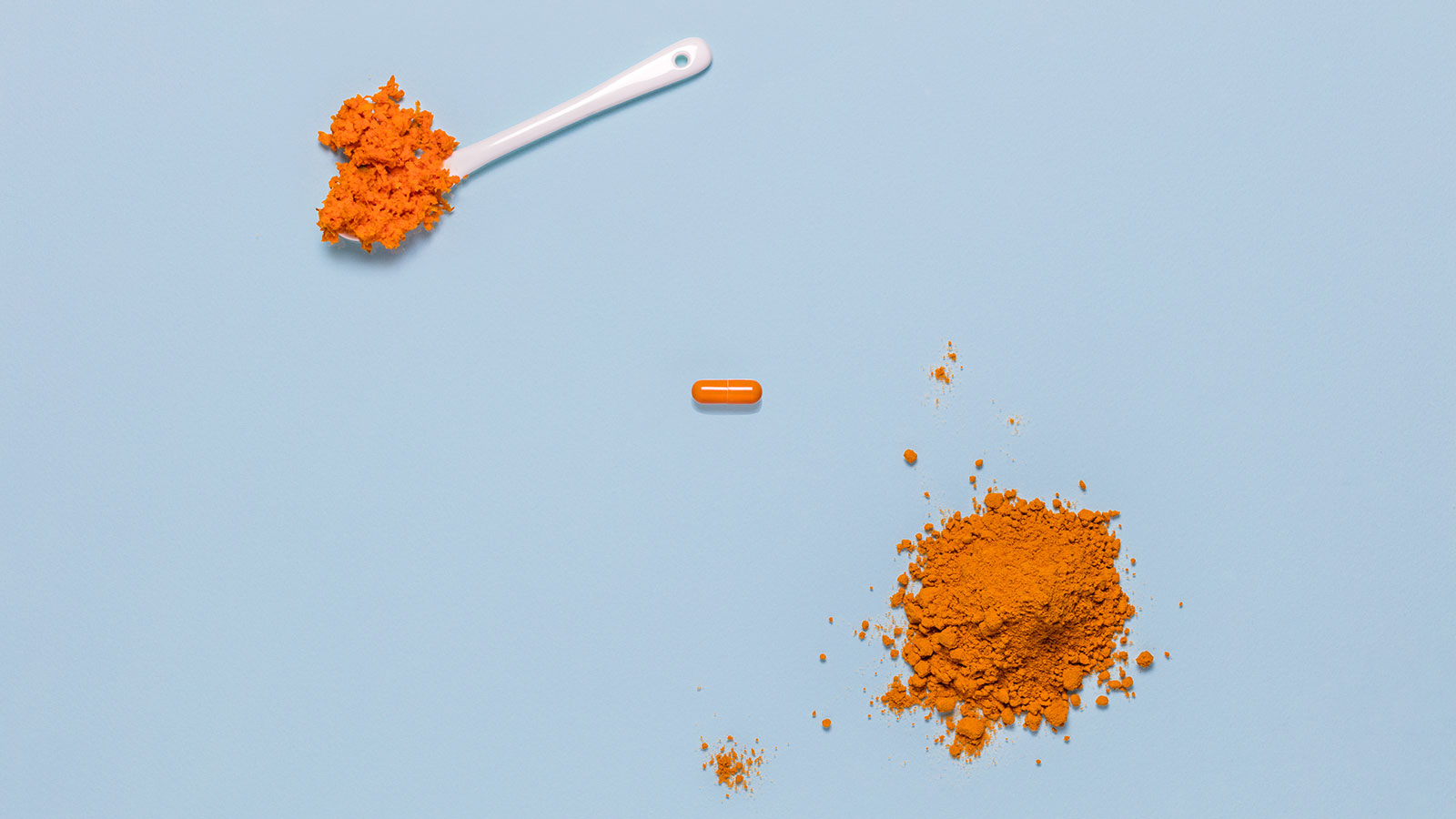 Turmeric contains a powerful antioxidant with many benefits, and it’s been used medicinally for millennia. Learn if this ancient remedy can improve your health.

Turmeric is becoming so popular these days, you may have ordered it in a 'golden latte' before really knowing what it is.

But although the spice has only become western trend in recent years, it's been an Indian staple for millennia - used for everything from spicing up a meal to dyeing a dress.

Turmeric - also called 'Indian Saffron - is part of the ginger family. As a rule of thumb, if you can't stand ginger candy, you probably won't care for Turmeric.

The above ground part of the turmeric plant consists of tall, narrow stems, each topped by a distinctive white or pink flower. But if you're fascinated by turmeric as a health nut, not a herbologist, you're probably more interested in its root.

The turmeric root looks like a mini, dark orange version of ginger. The root you're buying at your local health store was probably grown in India, although the plant can be grown in many tropical countries.

When dried and ground up into a powder, turmeric root gives a golden tinge to whatever dish - or increasingly drink - you put it in. Hence golden lattes, golden milk, golden tea, and golden ice cream! In fact, you can think of turmeric as the king midas of roots.

A staple of ancient medicine gains popularity in the West

Far from just being a way to spice up dinner, turmeric has played an important role in traditional medicine systems for millennia.

The Ayurvedic system uses turmeric for many things, from cleaning cuts to soothing an upset stomach. Other systems, such as traditional Chinese medicine, prescribe turmeric to treat the gallbladder and improve blood circulation.

If you're feeling sceptical that one little root can do all of the above, you may not have heard of curcuminoids.

Turmeric’s health benefits boil down to a group of molecules called curcuminoids. Curcumin is the most well-known compound in this group. Researchers have yet to figure out exactly how curcuminoids work at the molecular level to assist such a wide range of positive health effects. The going theory is that curcuminoids aid signaling between cells, which can improve the overall function of the body.

If you’ve already done your research on turmeric, you might have heard that it is best used along with black pepper. This is because black pepper contains piperine, a compound that prevents curcuminoids from getting broken down in the liver. In a 1998 study, this increased the amount of curcumin in the bloodstream by 2,000%.

Goes to show that even delicious food can be healthy!

The many health benefits of turmeric

While turmeric has become mainstream only recently in the west, the first research article on the health effects of turmeric to be published in a Western medical journal appeared in a 1937 issue of Lancet.

Since the 30s, researchers have carried out thousands of studies on the health benefits of turmeric. The results of these studies show that not only is turmeric safe and nontoxic, but it also offers many health benefits.

Here are some uses of turmeric, as reported by clinical research:

A 2006 study showed that turmeric provides relief to patients with stomach ulcers. It also helps to relieve indigestion by suppressing the response of a key receptor that triggers heartburn.

Curcumin improves the health of many organs that may , whether it is the skin, the respiratory tract, or the stomach. In fact, turmeric paste has been used to keep wounds clean for millennia.

A pilot study published in 1980 demonstrated that curcumin was just as effective as phenylbutazone, a popular prescription treatment, at reducing tenderness and inflammation in the joints of patients diagnosed with rheumatoid arthritis. Since then, curcumin has been shown to reduce the severity of osteoarthritis symptoms with fewer adverse side effects than some pharmaceutical alternatives.

Spice up your health with turmeric

Feeling fired up about turmeric? Here's how you can add this orange spice to your life.

Many grocery stores carry turmeric powder in the spice aisle. It can be added to curries, roasted vegetables, marinades, and more. Turmeric’s subtle pungency and brilliant yellow color immediately perk up a dish.

Asian or Indian supermarkets often stock fresh turmeric in the produce section. Use grated fresh turmeric (or the powdered stuff) in all types of drinks, from smoothies to tea. Turmeric lattes, most often made with a non-dairy milk (such as coconut or almond), can provide a nourishing start to your day.

However, if you don’t want to add turmeric to your diet, you can find a direct dose of curcumin in the supplement aisle. Both “turmeric” and “curcumin” are widely available in capsule form, and provide different advantages. Curcumin and turmeric are safe and non-toxic, even in larger doses.

Dr. Jeffrey Gladd, an integrative physician, says: “Those with inflammatory concerns looking to harness the benefits of this anti-inflammatory herb should look for products where the most active components have been extracted. I have seen many patients with inflammatory bowel disease or arthritis find relief with the addition of turmeric to their regimen.”

Those with diabetes should be mindful that turmeric may decrease blood sugar levels. Pregnant or nursing women should consult with their doctor before taking turmeric, or any nutritional supplements.

To know whether turmeric is right for you, consider taking an online health assessment that considers your diet, lifestyle and wellness goals.

What are the health and wellness benefits of Ginseng?

The Benefits of Fish Oil: A Simple Guide

Care/of updates straight to your inbox

We promise to only send you occassional emails.