What are the Most Common Nutrient Deficiencies? (And How to Avoid Them) 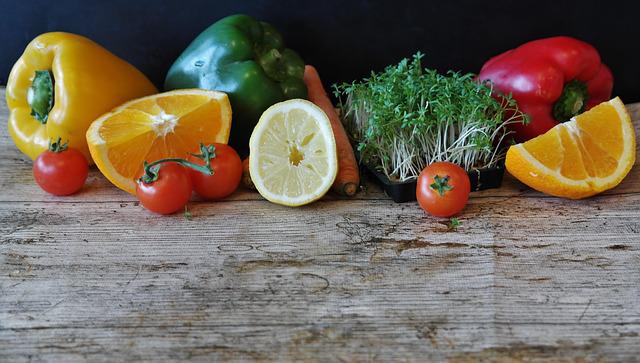 What is a nutrient deficiency?

Individuals at risk for having a nutritional deficiency

While anyone can end up with a nutritional deficiency, some individuals are at higher risk. Because some nutrients are mainly found in animal-based foods, vegetarians and vegans are at particularly high risk. Absorbing nutrients gets harder as bodies age, so older adults are also at risk. Children, too, are at higher risk of nutritional deficiency.

“Because some nutrients are mainly found in animal-based foods, vegetarians and vegans are at particularly high risk.”

Young women and pregnant people are at particular risk, due to a variety of factors. The first is that menstruation and its attendant blood loss make women vulnerable to iron deficiency. Pregnant people’s bodies are in need of more nutrients to support the development of the new life. Likewise, those who are breastfeeding commonly experience vitamin D deficiency, because their bodies are using up more vitamin D to produce the breast milk. Studies also show that women who take oral contraceptives are at greater risk of a number of deficiencies, including deficiencies in vitamin B6, magnesium, vitamin B12, folic acid, vitamin C, and more; this is caused by way oral contraceptives interact with the body’s complex chemical systems.

How to know if you have a nutrient deficiency?

If you’re not sure if you have a nutrient deficiency, be on the lookout for some of the signs. These can include: hair loss, dry skin, bleeding gums, brittle nails, and mouth lesions. You also want to pay attention to how you feel generally. How’s your focus? How’s your energy level? How’s your sleep? These can all be affected by nutrient deficiencies. Consult with a medical professional with any questions you have.

Calcium is very important for bone health. Drinking alcohol and smoking can contribute to deficiencies, and your body will have a higher demand for calcium during pregnancy. Vegans and people who are lactose intolerant are at a particular risk for low calcium levels.

Iron deficiency is fairly common in the United States, particularly among reproductive-age women, pregnant people, and children. Since iron deficiency is usually linked to poor diet, problems with absorbing nutrients, and blood loss, people with iron deficiency usually experience other deficiencies as well. Iron deficiency can cause fatigue and iron-deficiency anemia, which affects 30% of people around the world. Some symptoms of iron deficiency include: fatigue, shortness of breath, dizziness, brittle nails, and a swollen tongue.

Vegetarians and vegans are at particular risk of deficiency because you don’t get as much iron from plant-based sources. Since women tend to lose significant blood once a month through the menstrual cycle, it’s important for them to make up for the lost iron through diet and supplementation. Always consult a doctor first, though, since too much iron can be toxic.

Magnesium is a very important mineral in your body, as it’s involved in more than 300 different enzyme reactions and is essential for bone health and teeth structure. Despite its importance, about 70% of Americans under age 71 and about 80% over age 71 consume less than the recommended amount of magnesium. There are many reasons why you may be magnesium deficient. But you still want to try to get the appropriate amount because the symptoms of a deficiency aren’t pleasant. They include: fatigue, migraines, muscle cramps, and abnormal heart rhythm.

Vitamin A helps support healthy skin, teeth, cell membranes, and bones – and it helps promote healthy vision. Some symptoms of vitamin A deficiency include declining eye health and weakened immune function. The two types of dietary vitamin A are preformed vitamin A, which is found in animal products, and pro-vitamin A, which is found in plant-based foods. More than three-quarters of people who eat a Western diet get enough vitamin A, and therefore shouldn’t worry about a deficiency.

It’s unusual to have an isolated vitamin B6 deficiency. That said, you can end up receiving inadequate vitamin B6 if you’re getting low concentrations of other B-complex vitamins, like vitamin B6 and folic acid. A vitamin B6 deficiency will create some challenges for you as it progresses and if left unaddressed. Getting the right amount of B6 can help promote: healthy skin, strong immune functioning, good energy levels, better tongue health (preventing swelling), and better moods.

Vitamin B12 is necessary for your brain and nerve health, as well as blood formation. It’s also used to make DNA. Your body doesn’t produce it, though, which makes it important to get it from food or supplements. Another problem arises for people who are vegetarian or vegan, because B12 is only provided in adequate amounts in animal foods. Studies have shown that up to 80–90% of vegetarians and vegans may be deficient in vitamin B12. Among the general U.S. population, about 10% of people are vitamin B12 deficient, a condition that can lead to tiredness, constipation, nerve problems, and other issues. More than 20% of older adults may also be deficient in B12, due to issues with absorption that occur with age.

Vitamin C is another vitamin that we don’t produce naturally, making it an essential part of a healthy diet. Vitamin C deficiency is relatively uncommon in developed countries, but it’s more common for folks whose diets are low in fruits and vegetables.

Vitamin D deficiency is very common. While vitamin D is vital to our health, it’s not contained naturally in many foods. That’s why some foods are fortified with vitamin D. About 42% of Americans may be vitamin D deficient. The problem is especially pronounced among older adults, infants, and young women. The rate of vitamin D deficiency among Black Americans is 82%, while among Hispanic Americans, it’s 70%. The racial and ethnic disparities suggest that systemic forces could be a factor.

Adults with a vitamin D deficiency may experience muscle weakness and declining bone health. In children, such a deficiency can cause growth delays and weakened bone health.

Folate (a.k.a. Vitamin B9 or folic acid) is essential for DNA production and promoting blood health. Still, folate deficiencies are rather common, and pose a particular problem for pregnant people. It’s important to maintain healthy folate levels during pregnancy because it’s essential for the development of the fetus. Timing is critical: You should ideally start boosting your folate intake before conceiving. Try to get 400 mcg of folate a day, either through a supplement or increasing the amount of dark leafy greens in your diet. Other symptoms of deficiency can include fatigue, mouth sores, growth problems, irritability, shortness of breath, and lethargy.

Per the National Institutes of Health, Iodine Deficiency Disorders (IDD) are among the biggest public health problems in the world today, affecting roughly one-third of the global population. A major contributor to iodine deficiency is poor soil quality; when soil lacks iodine, the resulting food products end up with a low concentration of iodine, and the population’s overall iodine intake suffers. This is especially important because iodine isn’t produced naturally by our bodies; it has to be obtained through food or supplements.

Iodine deficiencies are especially harmful to our thyroid function and the production of thyroid hormones. Thyroid hormones help your body with many important processes, including the maintenance of bone health, the development of your brain, and the growth of your body. The most common iodine deficiency symptom is an enlarged thyroid gland, a condition that can increase your heart rate, cause shortness of breath, and create difficulties in weight management. Severe iodine deficiency can seriously harm children, producing developmental and mental challenges.

How to prevent nutrient deficiencies?

The best way to avoid nutrient deficiencies is to eat a healthy, balanced diet – and to make up for any dietary restrictions through the sound use of supplements. Consult with a medical professional to learn more.

What Foods Are High in Vitamin D? (And How You Can Get More)

What are the Benefits of Vitamin B6? The Science Made Simple

Folate vs. Folic Acid: It Pays to Know the Difference