What are The Health Benefits of Matcha? The Top 8 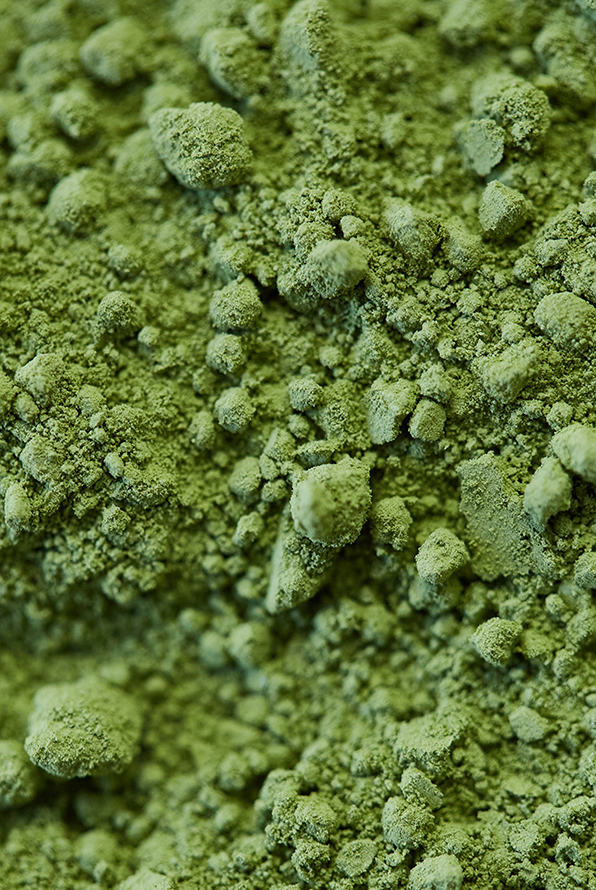 Matcha is a hugely popular powdered green tea. It boasts an array of unique and powerful benefits for your mental and physical health.

Matcha is an increasingly popular type of powdered green tea, drawn from the Camellia sinensis plant. This healthy and tasty green powder is now commonly used in tea, matcha lattes, matcha shots, and other forms. It differs from regular green tea in the way it’s grown and in its nutrient composition.

A big reason behind matcha’s surging popularity is its health benefits. Matcha, like other green teas, contains catechins – or antioxidants/polyphenols that are known for their medicinal properties. But studies have shown that matcha has 137 times more catechins than other green teas. Our Care/of collagen matcha is made with premium Japanese matcha powder and boasts a number of potential health benefits.

How is matcha made?

Matcha is a Japanese green tea – made in powdered form – of the Tencha variety. It’s grown through a special cultivation method that keeps the tea bushes covered by bamboo mats throughout most of the growth period. As a result, the plants produce greater amounts of amino acids and bioactive compounds, such as chlorophyll and theanine. This process also helps produce matcha’s unique taste and vibrant color. When the tea leaves get harvested, the stems and veins are ground into the powder we all know as matcha. All that’s left to do then is put the powder in hot water! Matcha is highly valued and is considered to be among the most aromatic of green teas.

As mentioned above, matcha is highly rich in catechins, possessing 137 times more catechins than are present in other green teas. When matcha powder is added to hot water to make your tea, that tea then possesses the nutrients from the entire leaf. That way, the tea will have more catechins and antioxidants than merely putting green tea leaves in the water.

Here’s why the presence of so many catechins is important: Catechins happen to act as natural antioxidants, which have the added benefit of stabilizing free radicals, or compounds that damage cells and cause health problems. Consider this one study that tested the effects of giving matcha supplements to mice: The study showed that giving mice matcha supplements led to a reduction in the damage caused by free radicals and enhanced antioxidant activity.

Matcha also contains bioflavonoids rutin and quercetin, which are additional flavonoids with antioxidant-like properties. Adding matcha to your diet can increase your antioxidant intake and support your overall health – preventing cell damage and decreasing risk of other diseases.

Your liver is very important to the healthy functioning of your body. It processes nutrients, flushes out toxins, and metabolizes drugs.

There’s evidence to suggest that matcha may support the healthy functioning of your liver. In one study, rats were given matcha for 16 weeks; the report concluded that the matcha helped prevent liver and kidney damage. In another study, 80 people were divided into two groups, and given either a placebo or a 500 mg green tea extract daily for 90 days. The study found that the people who were given the green tea extract had lower liver enzyme levels, with heightened levels being an indicator of liver damage. Moreover, a review of 15 studies found that consuming green tea was linked to decreased risk of liver disease. More research is needed to definitively establish this connection.

Studies show that matcha may support healthy brain function. One study of 23 people found that participants who consumed matcha experienced improvements in attention, reaction time, and memory compared with the group that consumed the placebo. Another study found that consuming 2 grams of green tea powder every day for two months boosted brain function in older adults. Still, longer-term studies are needed.

“One study of 23 people found that participants who consumed matcha experienced improvements in attention, reaction time, and memory compared with the group that consumed the placebo”

It’s also worth noting that matcha is more highly caffeinated than regular green tea, containing about 35 mg of caffeine per half teaspoon of matcha powder. Several studies have shown that consuming caffeine can lead to improvements in brain function, including better memory, faster reaction times, and sharper attention. Matcha also contains a compound called L-theanine, which offsets the crash that can come after consuming caffeine. If you’re looking to support the health of your brain, matcha may be the right call for you.

Studies show that drinking green tea, which is similar to matcha, may support heart health, because it’s been shown to manage healthy cholesterol levels. Green tea may also help prevent the oxidation of LDL cholesterol, which may also aid in promoting heart health.

Other studies have linked the intake of catechins – of which we know matcha is plentiful – with improved heart health. Taking matcha can be a helpful part of a healthy life.

Green tea is widely recognized for its ability to support healthy weight management. One study tested the effects of green tea extract on men who had just engaged in a 30-minute cycling exercise, and found that these men experienced higher fat oxidation rates than those who took the placebo. Another small study found that taking a supplement containing green tea extract boosted 24-hour energy expenditure, compared to the placebo. And a review of 11 studies showed that green tea helped manage healthy weight. While these studies focused on green tea, you can make an inference about the effect that matcha, which is even richer in nutrients than green tea, would have.

Because of its potent phytochemicals, green tea can help reduce skin damage from the sun. However, the precise mechanism behind green tea’s anti-photoaging properties hasn’t been sufficiently explored.

Helps combat the effects of stress

Because of its high theanine content, matcha is expected to help combat the effects of stress. A recent study confirmed the effect of matcha in combating stress in humans. If stress is a concern for you, incorporating matcha into your routine can be beneficial.

Get Your Healthiest Glow in 2023: Nutrients to Help Your Hair, Skin, and Nails