Creatine for Women: Why You Should Start 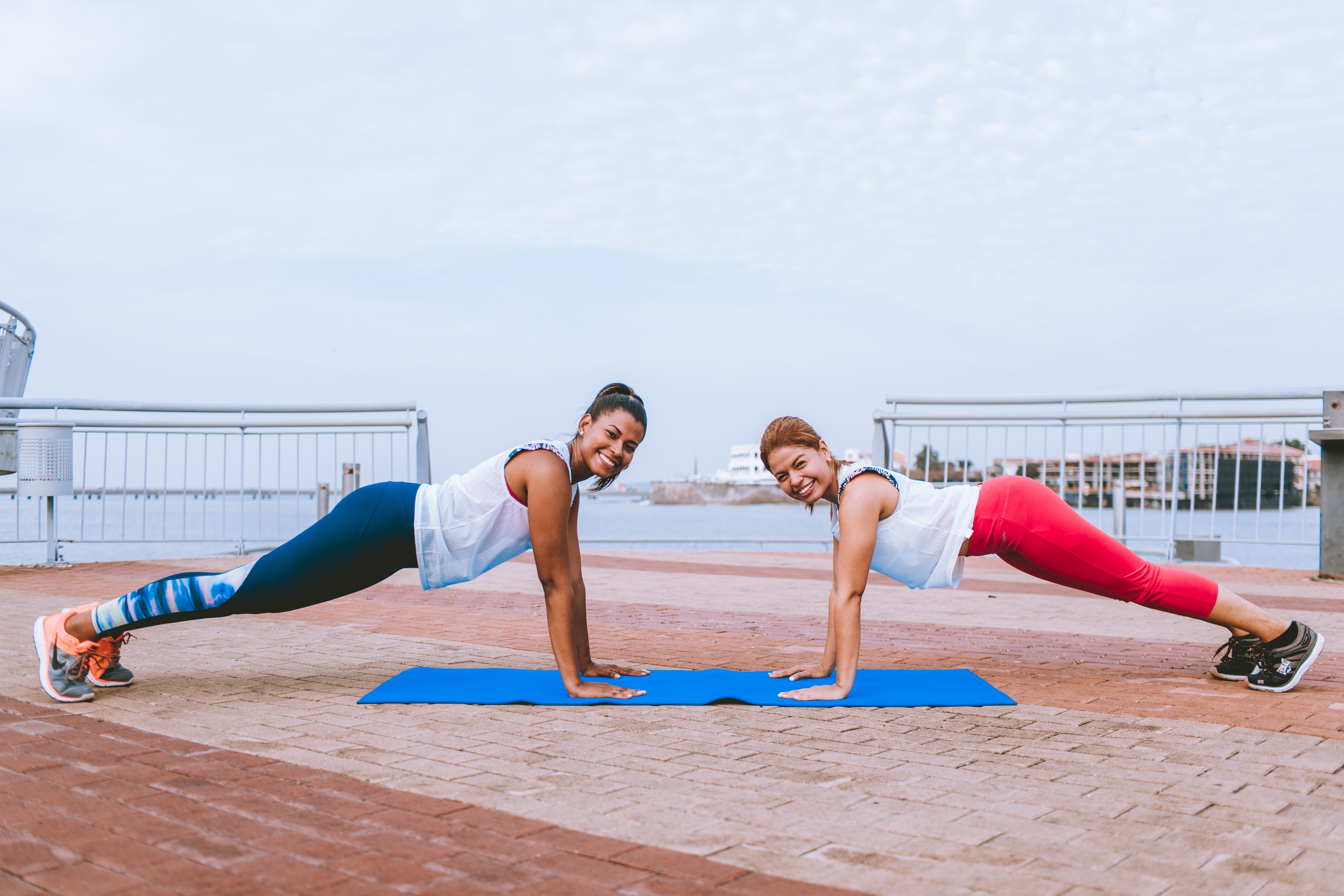 When you hear creatine, you probably think of male bodybuilders — which makes sense, since it’s one of the most popular muscle growth supplements for men. But creatine isn’t just for men looking to build muscle. Research is increasingly underlining the benefits of creatine for women, particularly when it comes to building lean muscle without the appearance of bulk.

If you spend at least a couple days of the week exercising, adding creatine to your diet can help you support your fitness goals. There are a couple different types of creatine, from creatine monohydrate, to creatine ethyl ester, to magnesium creatine chelate. Here’s what you should consider as you start looking for the right creatine for you:

First, what exactly is creatine?

Creatine is an amino acid that our bodies store in our muscles and brain to use as a natural energy source. When our bodies need energy (like during exercise), they convert creatine into phosphocreatine, which fuels our muscles.

While creatine is available as a powdered supplement, you can also get it through natural food sources like organ meat (liver, heart, kidneys), red meat, pork, and fish. For vegans and vegetarians in particular who likely don’t get much creatine through their diets, a creatine supplement is a great way to support healthy levels in the body. 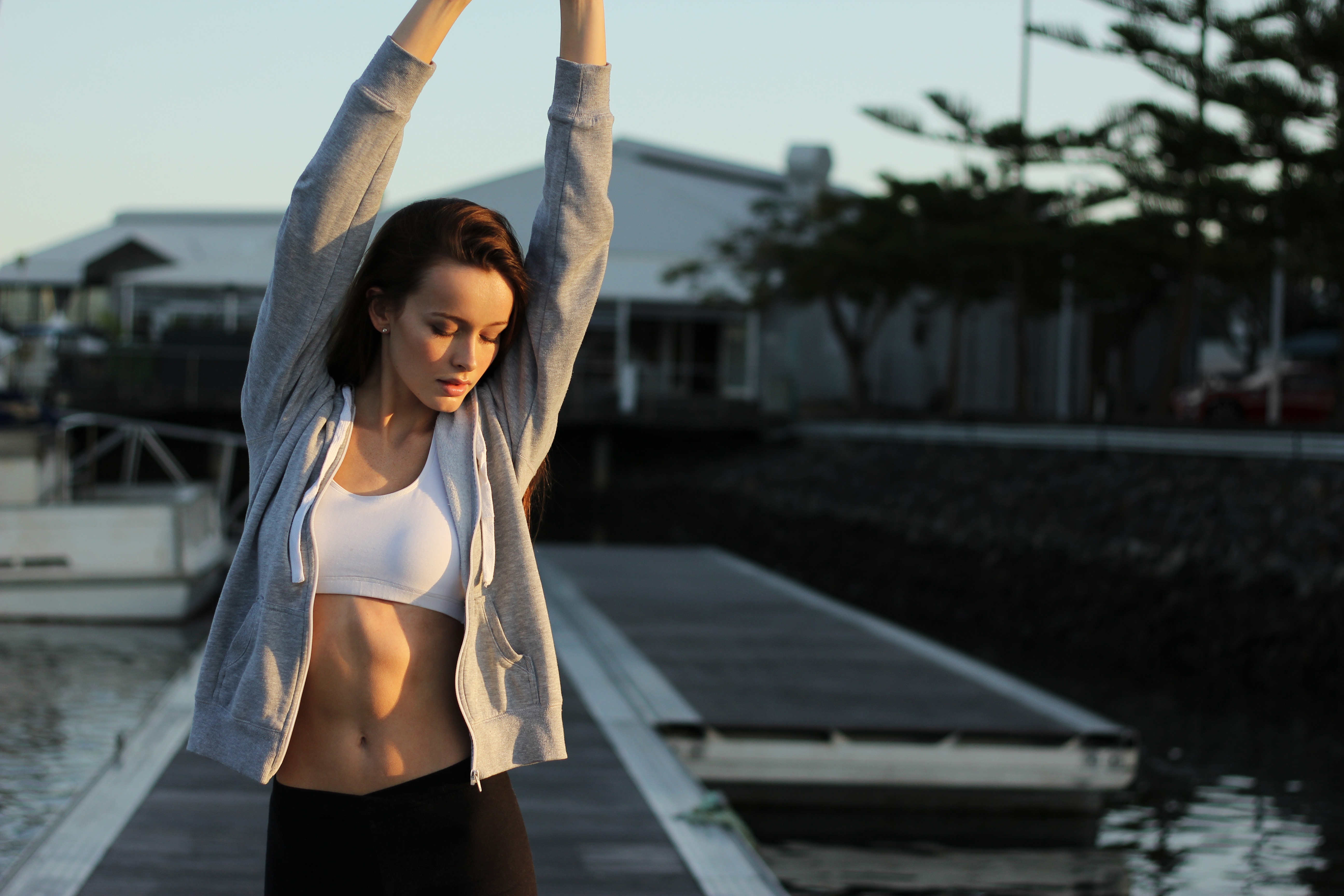 How does creatine affect women?

Creatine has been shown to help women build lean muscle, since it can help sustain higher energy levels throughout intense workouts like high intensity interval training or sprints.* For women who already do high intensity training, creatine is a no-brainer.

Another study also revealed that creatine supplementation can help support mental clarity during a workout by improving oxygen uptake in the brain, which can make all the difference during mentally challenging workouts, like complex boxing or dance routines.*

Can some women in particular benefit more from creatine?

Creatine has unique benefits for women over 50. The Journal of the International Society of Sports Nutrition found that, in addition to the cognitive benefits cited, creatine supplementation can help support healthy bones and skeletal muscle mass, which is a common concern that comes with aging.

In one study, a group of postmenopausal who were given creatine and asked to do resistance training showed increased physical function, lower limb lean mass, and overall improved quality of life. Many women over 50 also experience a loss in overall muscle mass due to age, which creatine, along with a consistent exercise routine, can help with.* 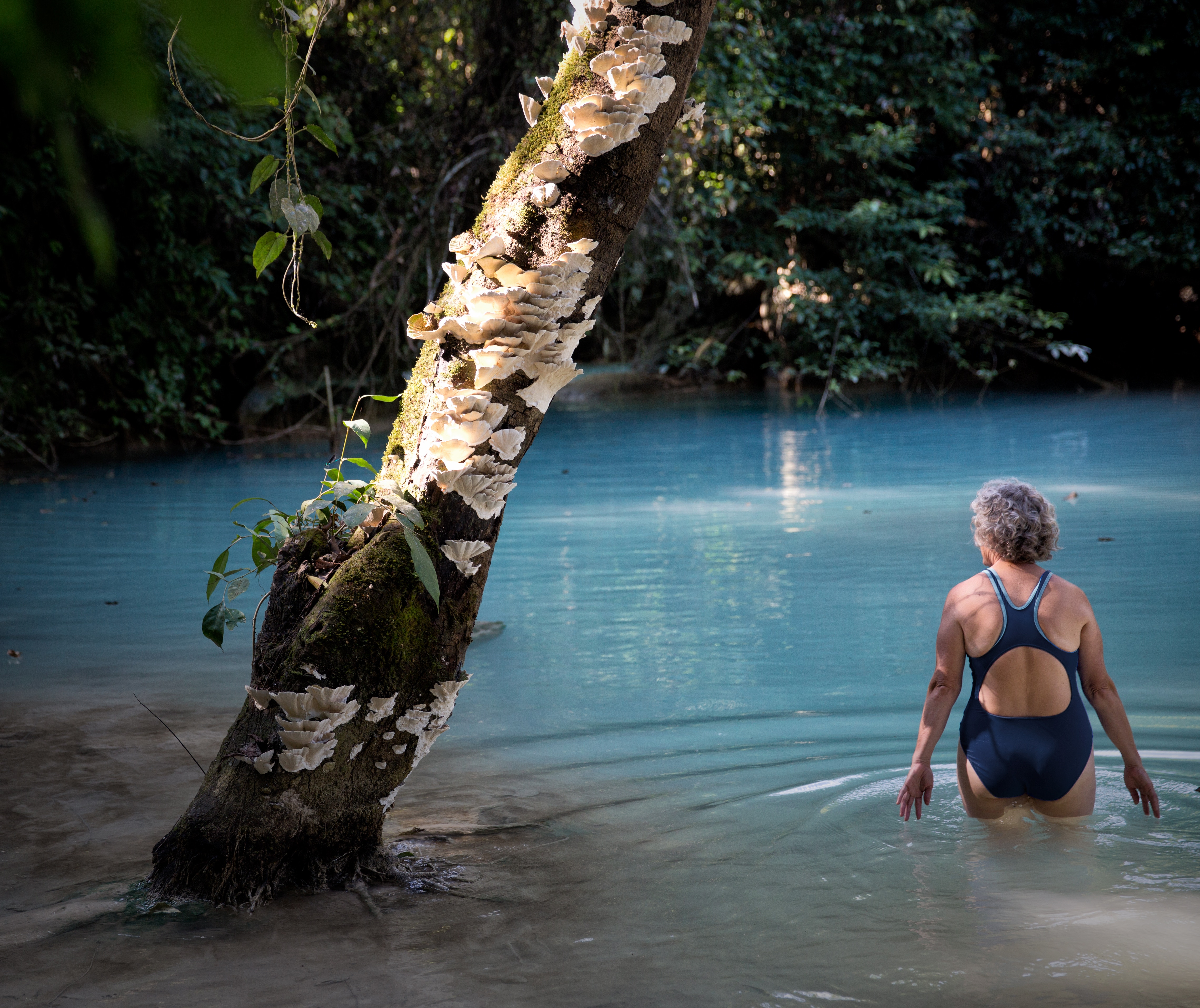 While creatine is found in meat — particularly red meat — the amino acid itself is vegetarian/vegan friendly. In fact, vegetarians who forgo dietary sources of creatine may want to consider adding the supplement to their routine. Care/of’s creatine is single-ingredient, and produced on a closed production line, guaranteeing purity. 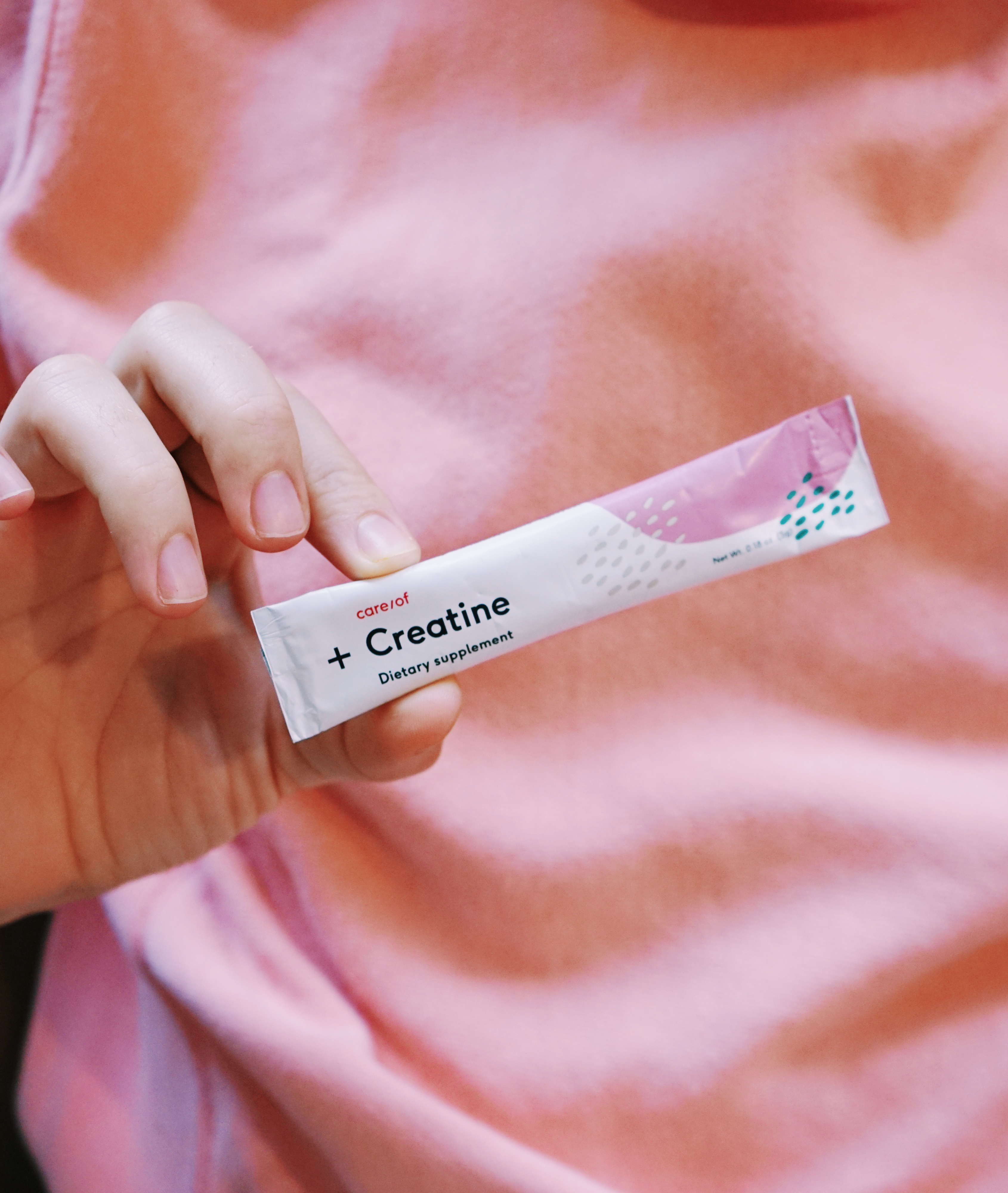 While people exercising for a variety of different reasons (including to support overall health), many women exercise with the goal of losing weight. The stigma associated with creatine — that it’s first and foremost a bulking supplement — ends up dissuading many women from incorporating creatine into their diets.

The reality is more complicated. While creatine will not increase fat levels in a woman’s body (it’s actually calorie free), it can cause your muscles to store more water, which can lead to water weight gain. It may also contribute to weight gain due to increased muscle mass, but that gain is typically reported between one to three pounds and can be offset through the increased workout intensity and duration that creatine supports.

Can women take creatine even if they're not working out?

Creatine is a unique substance in that it does not contain any calories. While it’s most often used to support athletic performance, women who aren’t exercising regularly can still take creatine. And since creatine is naturally found in meat, vegetarians and vegans may want to consider supplementing with this amino acid on a daily basis. 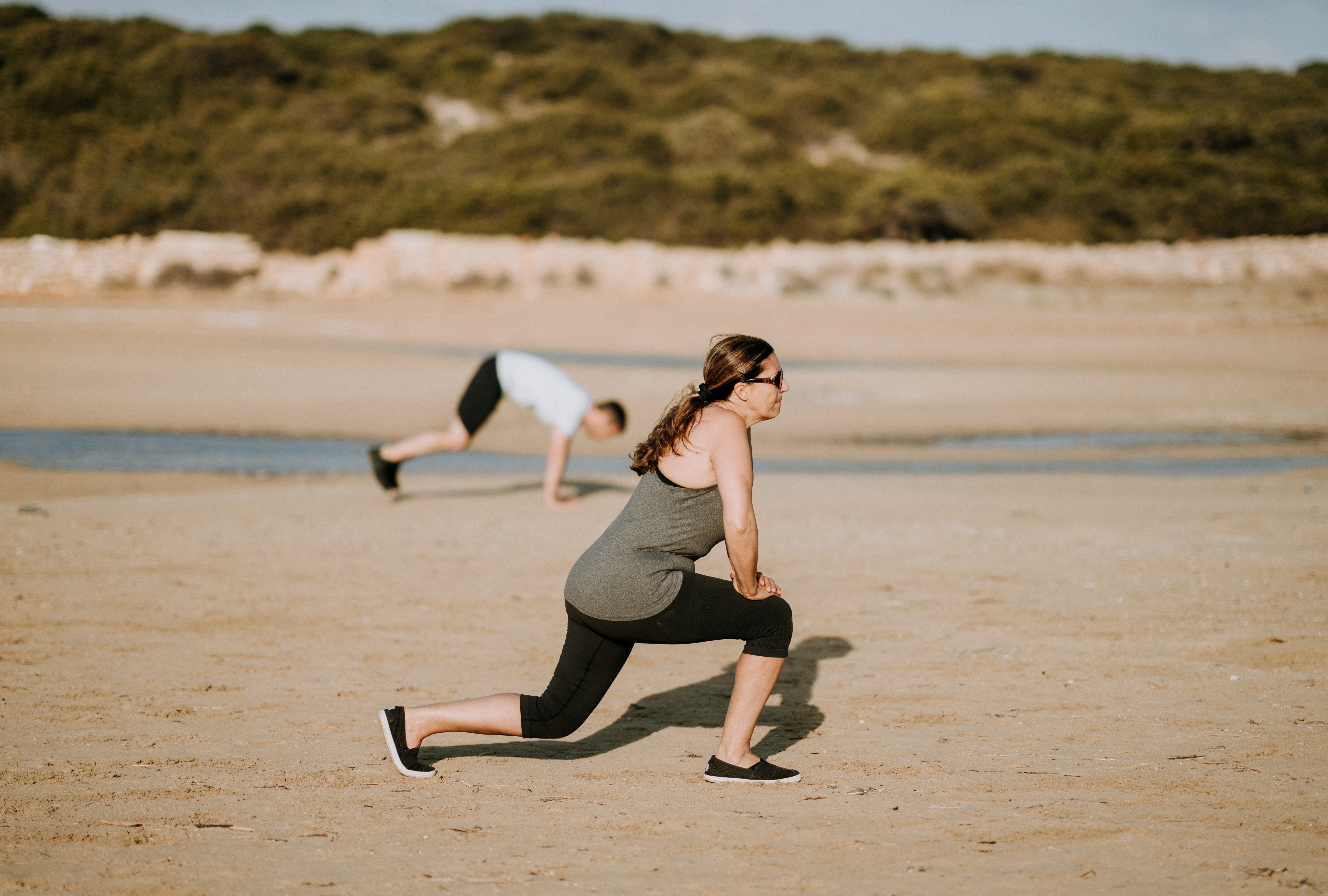 What's the best type of creatine for women?

When you’re looking for a creatine supplement, it’s important to choose one with pure ingredients and no fillers, like Care/of’s single-ingredient creatine. Care/of creatine is in its purest form, so there are no additional ingredients that might affect your body in unpredictable ways.

Care/of creatine is made up of creatine monohydrate: the amino acid’s most extensively studied form . It’s sourced from Germany and made without soy, dairy, or animal ingredients, so it’s vegan friendly, too. An added bonus? It’s designed to mix into your favorite drink without an added taste.

How much creatine should women take?

Since every person has different needs, there’s no dosage that works for everyone. That said, a little creatine can go a long way. One study completed by the Asian Journal of Sports Medicine revealed that participants who supplemented with just 5 grams per day experienced an increase in muscle strength power and performance.* Care/of creatine comes in pre-measured 5 gram packets that make mixing on-the-go easier. 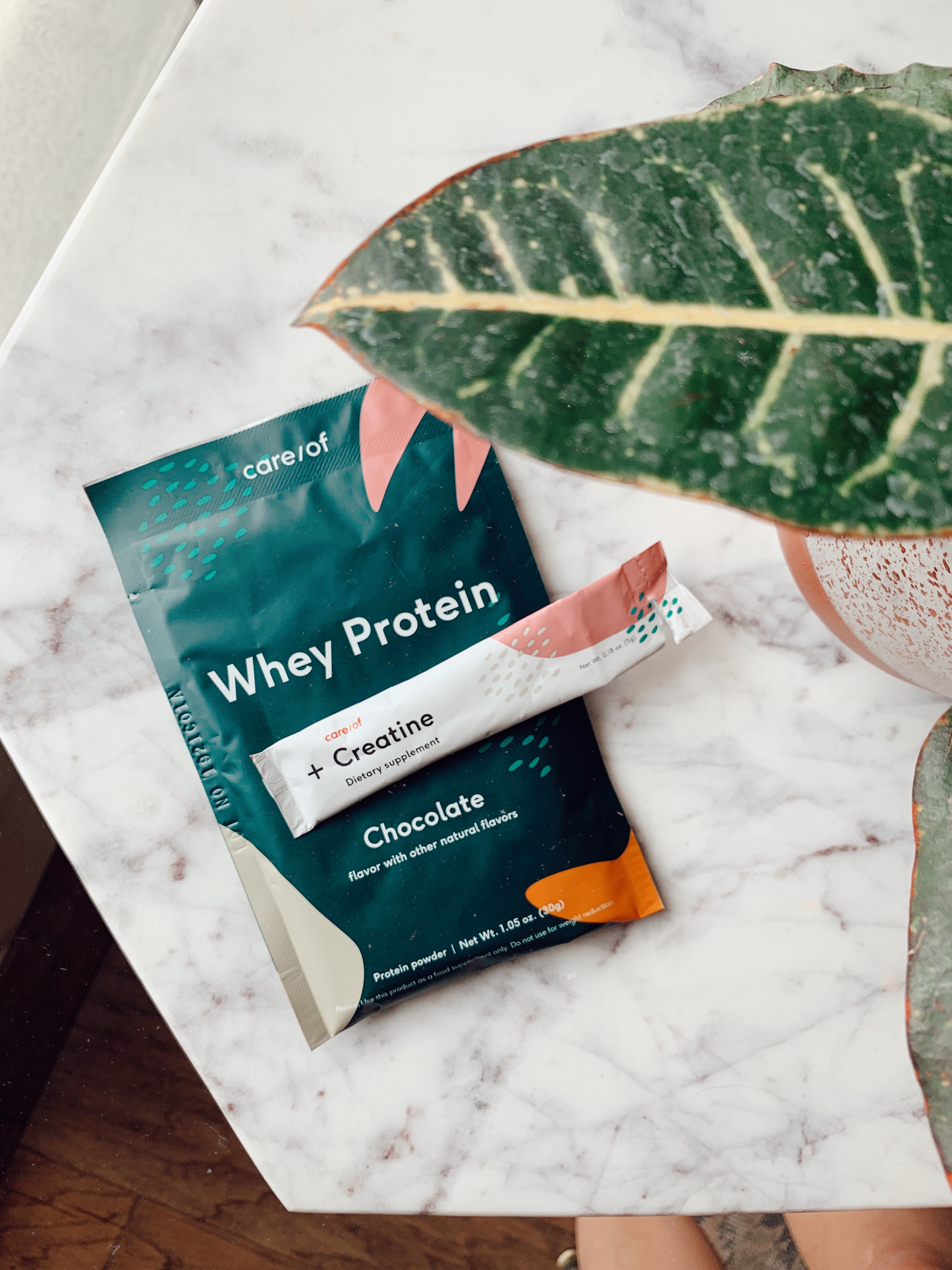 When should I take creatine?

You can take creatine at any time of day, mixed with a cold liquid like water or juice. Research on whether to take creatine before or after a workout is mixed, but the bottom line is that it’s best taken on the same day as your workout.

Like other vitamins and supplements, creatine is also most helpful when part of a consistent routine, so you should aim to take it daily. Adding it to your morning smoothie, juice, or protein recovery shake can help make that daily habit stick.

Want to kick your nutrition up a notch? Take our quiz to get your personalized recommendation for vitamins, protein, and more. 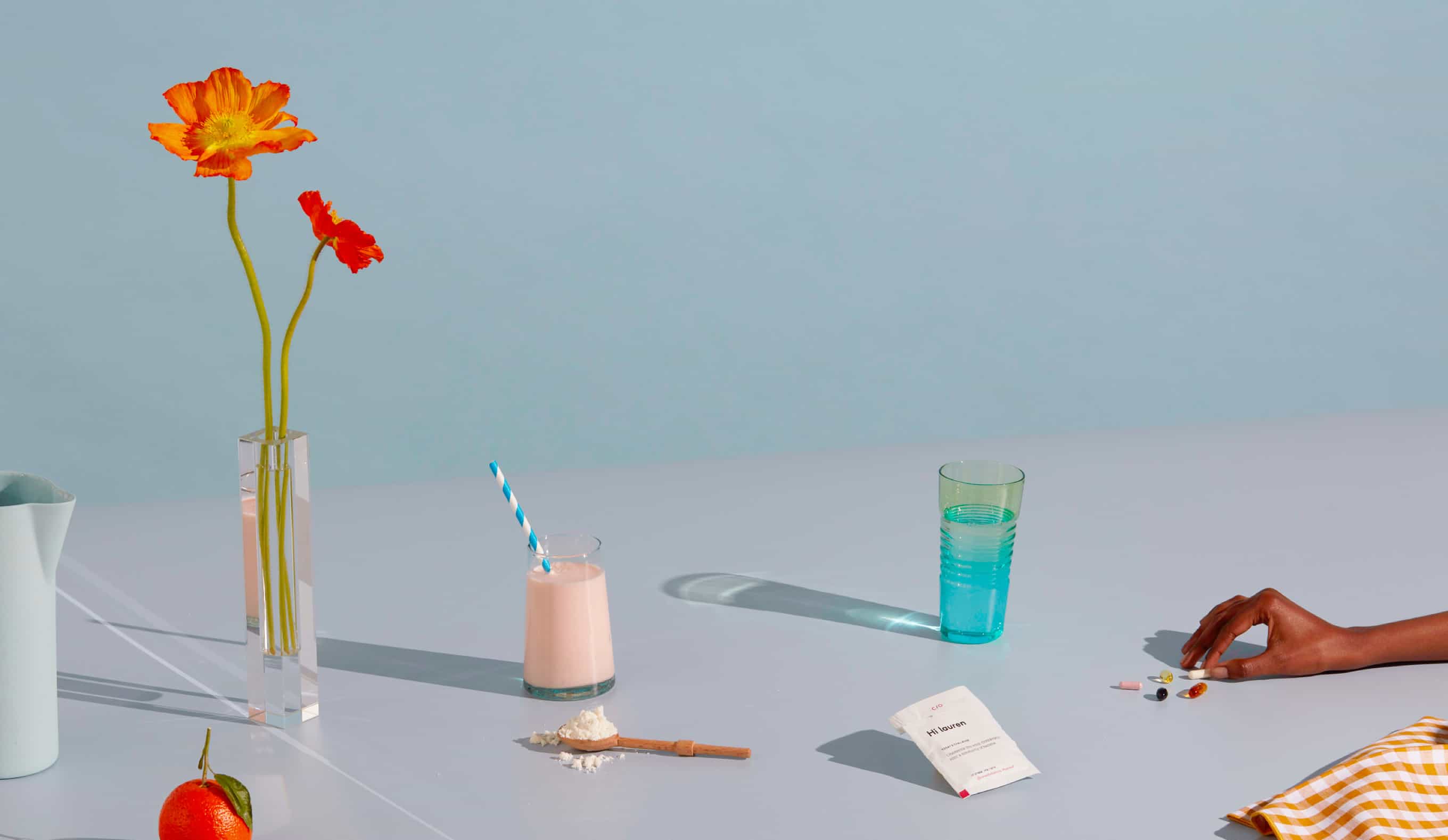 Benefits of Protein for Women 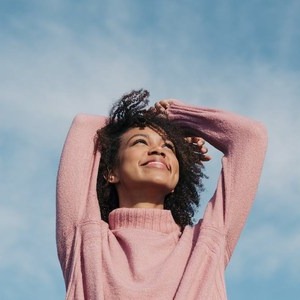 What are the Health Benefits of Taking Collagen?